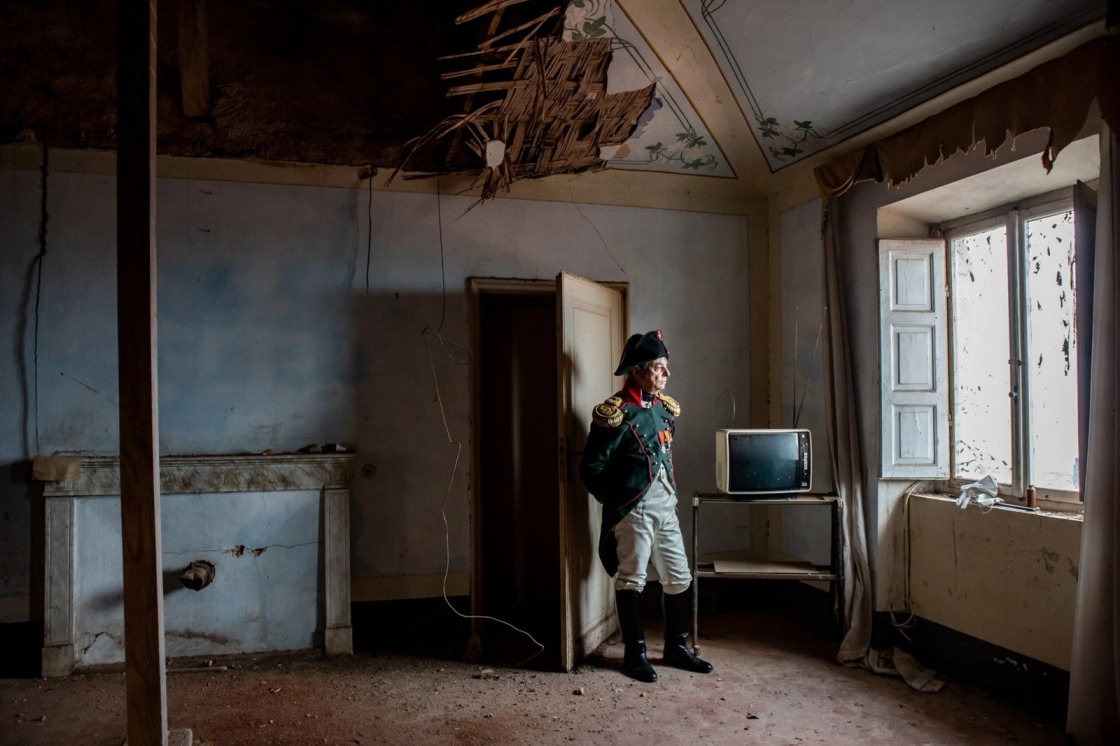 Twice in the dust

Italy. Elba Island. Rio Marina. Franco Giannoni, 65, a retired customer official, is one of the island’s two official lookalike ok Napoleon, who he regularly impersonates during historical re-enactment. Giannoni is in a room of the crumbling building wich used to be the town governor’s house, when Napoleon would spend the night when he came to Rio Marina to oversee the iron mining operations, which he had revitalized.